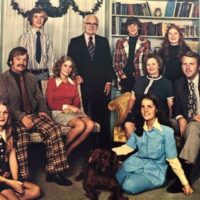 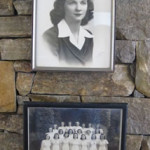 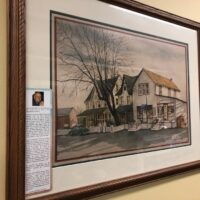 Susan Alexander and Tom Alexander are a mother-son team who proudly opened their first joint business venture in Hockessin in the spring of 2011. Their goal is simple: to bring homemade comfort food prepared in a unique way using only the freshest ingredients to the residents of Hockessin. After months of market research and test meals made for family and friends in Susan’s home kitchen, the concept for Lettie’s was born.

Lettie’s promises to fill the gap in Hockessin dining by providing customers with a delicious variety of soups, sandwiches, salads, side dishes, and complete meals ready to take home or eat in.

The name “Lettie’s” holds special meaning for the owners; it is Susan’s late mother’s name and the inspiration behind the concept. Lettie was born in Hockessin in 1922, only a block from where Lettie’s Restaurant stands today. She raised a family of eight just up the street on Old Lancaster Pike and remained in that house until her death in 2003. In Hockessin, Lettie was famous for her meals, which ranged from simple and satisfying to a gourmet spread fit for a king. Willing to try anything once, Lettie began honing her skills in the kitchen at a young age in her parent’s grocery store, Gormley’s Market, which opened in Hockessin in 1886 and served the community for 97 years. She continued to be innovative in the kitchen, creating fabulous meals for her family for the next seventy years. Susan and Tom feel blessed to be able to use many of Lettie’s recipes in their new restaurant.

Lettie’s Restaurant is located on Old Lancaster Pike, adjacent to the Francis J. Swift Memorial Park. This location could not be more perfect; the park was named after Fran Swift, a beloved member of the Hockessin community until his untimely death in 1978. Fran also happens to be Lettie’s husband, Susan’s father, and Tom’s grandfather! Lettie’s Family Favorites To Go is excited to bring a new and different dining experience to Hockessin- one that you can feel good about![/su_note] [su_button url=”https://lettieskitchen.com/menu/” style=”flat” background=”#262262″ color=”#f6a81c” size=”8″ center=”yes” radius=”5″]View our Menu[/su_button]